This is where Renee the stage artist reveals the details of his career so far. 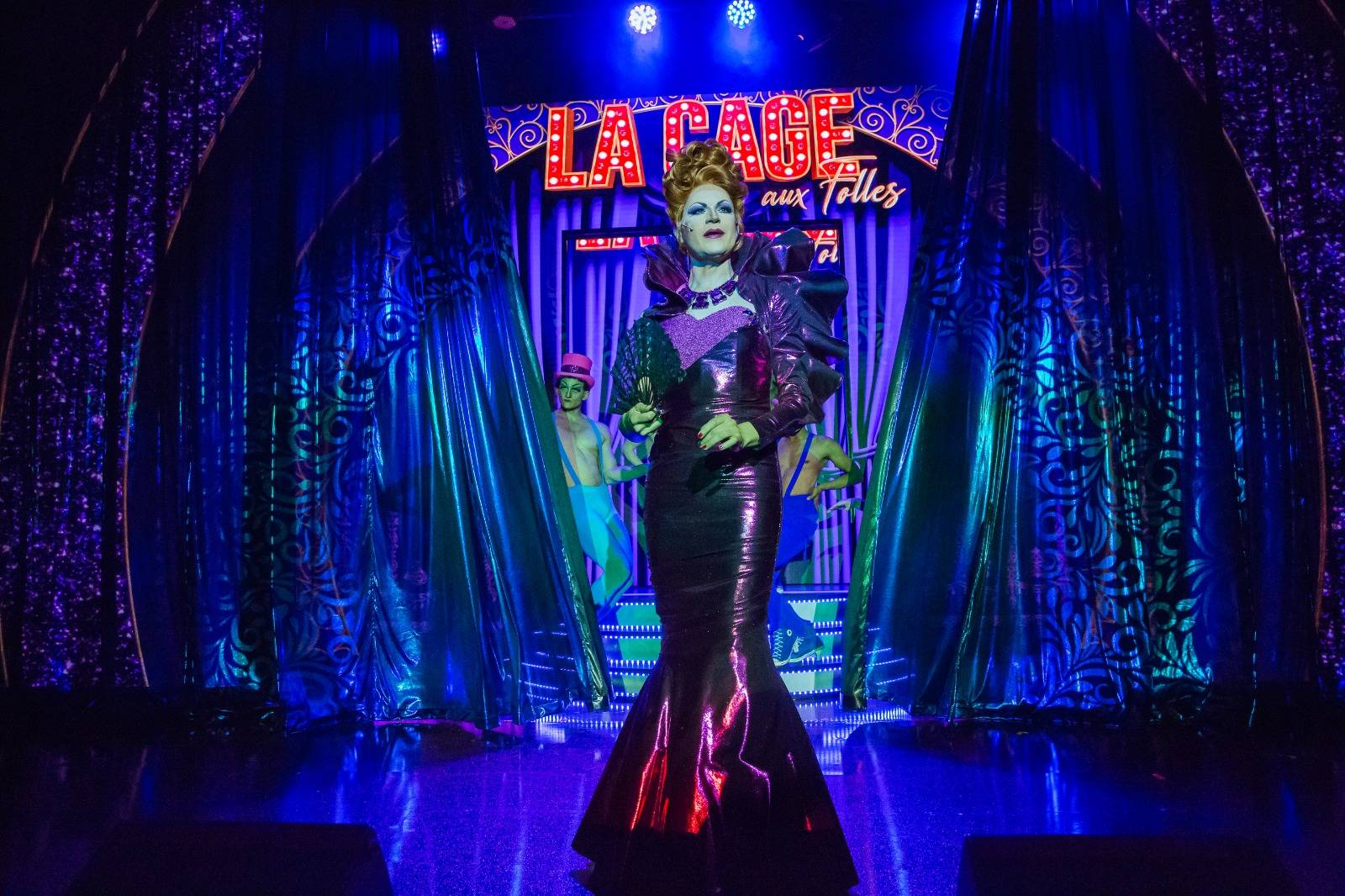 For the first time after starring as Chantal in six productions since 2001, Andreas Renee Swoboda plays "Albin/Zaza" in "La Cage aux Folles" at the "Hoftheater Bad Freienwalde (Brandenburg) between July 29th and August 28th 2022. Beside his tenor and soprano voice, he presents his acting skills in this musical comedy.

From Nov 19th 2017 the best of concert 'Renee vom Feinsten' (Renee - most sophisticeted) can be booked to be performed in theaters as well as during private events. It premiered at the concert hall "Bad Freienwalde" (one hour east from Berlin). Renee sings to the piano play of Andreas Brencic (Vienna).

Andreas Renee Swoboda hosted the jubilee concert of the choir union Hattesheim (nearby Frankfurt Main), in which he started singing at the age of 10. He also enthusiasted the audience with the performance of 3 songs out of his stage career form the last 20 years. 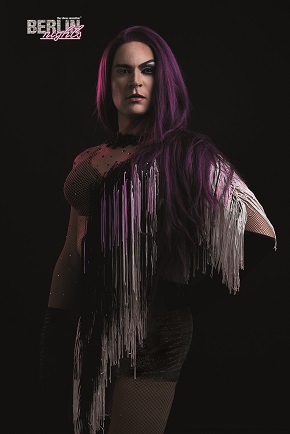 Renee returned to the show stage with an innovative new look of his stage character RENEE. In the show sensation BERLIN nights, which premiered at the 24th of March, he/she performed the house track and title hymn "I am Berlin", sung in German and English, produced by the famous DJ Tomekk.

The location was the Theater am Potsdamer Platz. The set reminded the audience of a atmosphere as experienced at the Berghain or E-Werk. The song "I am Berlin" has already been released before as download single and audible in its music clip on YouTube - featuring the cast of the show. 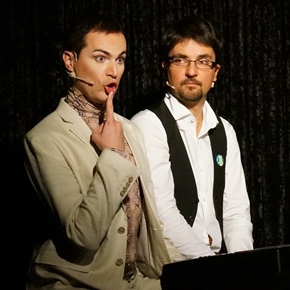 The years of 2013 until 2015 were filled with countless performances of RENEEs solo shows "RENEE'S COMING IN", "An evening with RENEE"and "RENEE - most sophisticated"on the cruise ship AIDA aura in the Caribbean Sea and several cities all over Germany. With his stage partner and piano player Alexander Klein as well as poet and director Friedhelm Kaendler he created the brand new stage experience "RENEE auf Erden (RENEE on earth)" The preview on the 27th of July had been a huge success - the official premiere in Hannover on September 13th 2014 was an artistic triumph, followed by sold out performances nearby Frankfurt/Main, then with piano player Andreas Brencic.

Renee played the role of the soprano diva for the fifth time in his show career so far. The version in Berlin, this time directed by Bernd Mottl and choreographed by Otto Pichler, is very sexy, extraordinary, and the cast comes extremely close to the audience at the famous Spiegeltent "Bar jeder Vernunft" (1/3/ until 31/5/2014) His sixth interpretation of that role led him to Salzburg/Austria in October 2014. 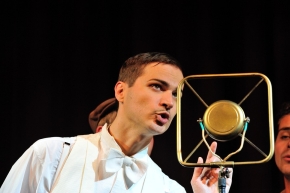 In August 2012 Renee plays Bulgarian tenor "Ari Leschnikoff" in the play "Attention. Rare. The Comedian Harmonists." featuring fourteen hits from this "world's first boygroup" from the roaring 1920ies. Beside his high tenor voice Renee can once again prove his acting skills and his charme as a male performer. Furthermore, he expands his repertoire concering male parts and music styles. 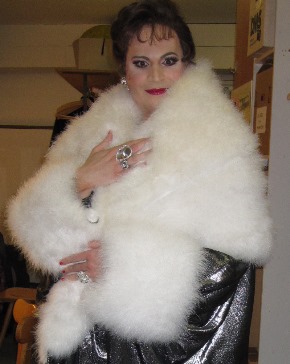 ... as well as "Mary Sunshine" in "Chicago"/St.Gallen (Switzerland, directed by Melissa King) until October 2012. 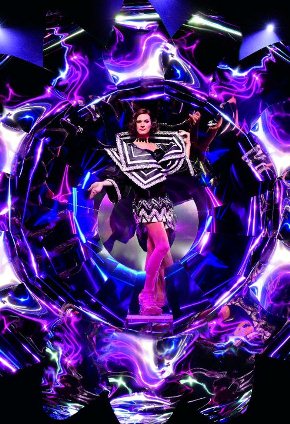 Renee as Yma in September 2010. Photo by Stephan Gustavus.

Andreas Renee Swoboda played the female title role in the show sensation Yma – too beautiful to be true at the Berlin Friedrichstadt-Palast, Europe's biggest show palace featuring the world's largest theatrical stage, from its world premiere in September 2010 until February 2012.

Yma (pronounced "Ee-ma") was the hostess, moderator and star of the show. With elegance and humor she presents the audience her world of tempting bodies, artistic tantalization and cultivated craziness. Being a top show of superlative quality, surpassing no less than Las Vegas with over 100 artists performing on stage, Yma turned out to be the most successful production ever up to now at the Friedrichstadt-Palast. 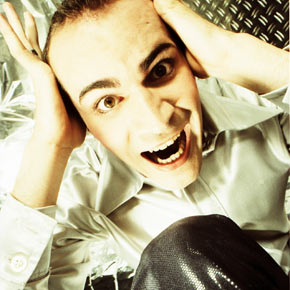 Renee's current solo show, RENEE'S COMING IN - Ich bin auch ohne Lady gaga! ("I'm gaga even without the lady!"), premiered in April 2011 at the Grüner Salon/Volksbühne Berlin. Additional performances were at the Hofperle/Neuköllner Oper, the Kookaburra Comedy Club in Berlin-Prenzlauer Berg, the TIPI am Kanzleramt, in Berlin's Planetarium, at the ShowSpielhaus Main-Taunus and recently, in January 2013, the show could be admired on the German cruise ship AIDAaura in the Carribean Sea.

Renee was seen almost daily until March 2010 as First Tenor and Solo Vocalist on the AIDA luna & AIDA bella cruise ships in a 3-month engagement each ship. The ships featured 10 different show formats each, in which he sang, for example, a collection of tunes from the Beatles, Abba, Queen, Cool & the Gang, Take That, Culture Club, and Andrew-Lloyd Webber and James Bond title songs.

Not to mention the additional performances of his new gala special "Renee - vom Feinsten" ("Renee – most sophisticated", featuring Renee in his masculine persona!), in the 800-seat Theatrium – each performance a rousing success.

And during the Glamorous Night parties in the Anytime Disco, his feminine persona "Renee Fein" got the audience fired up by singing "her" own dance-pop tunes from the show >>Soiree mit Renee<<. The cruises went to the Canary Islands and countless cities and towns located in the west region of the Mediterranean Sea. 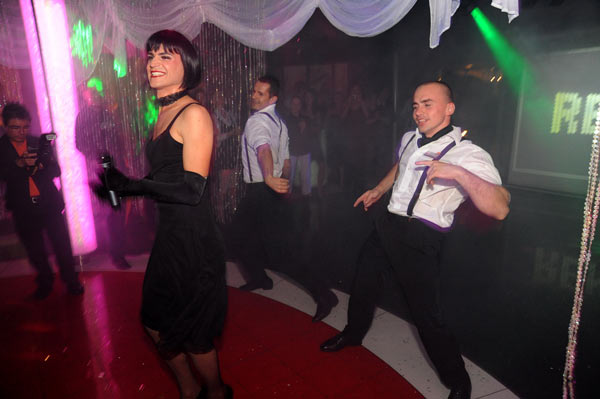 For the Berlin Water Festival, Renee made his first appearance on September 5th 2009 as a moderator in a gala event; it was a public infotainment and marketing event targeting all Berlin residents. On the stage of the Atrium, he hosted a 6-hour variety show with dance numbers, theater, cabaret and media artists with spontaneity, humor and warmth. He also chatted with performers, members of the audience and the press officer of the company. 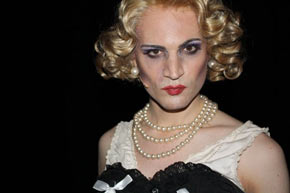 Guest-performing in Bozen (South Tyrol, Italy), Renee appeared for the first time in the popular Broadway musical Cabaret, in May 2009. He was the "Kit-Kat Girl Frenchie" in the stage production by Paul Kribbe, with choreography by James de Groot. 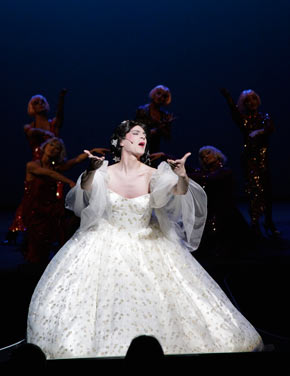 Renee is well known for his musical role in La Cage aux Folles as the soprano "Chantal". He sang, played and danced the role "Cagelle" from November 2008 through April 2009 thrice so far, this time in the Musiktheater im Revier in Gelsenkirchen.

The press wrote:"(...) something like Chantal's adorable Sissi-dream in white. Renee – the man with the woman's voice – indeed leaves nightingales far behind in shame. You don't have to be a prophet to know that La Cage aux Folles will become a perennial success in Gelsenkirchen. (...)"

A second full-length stage show, "Nette Renee - Zwei schminken sich was ab" ("two uncover their cover-ups"), premiered December 2007 in the Grüner Salon in the Berlin Volksbühne. It is a highly enjoyable musical repartee between Renee (in the first part as his feminine persona "Renee Fein", in the second as a man) and the "Chanson-Nette" Jeanette Urzendowsky. Accompanied by Angela Stoll on piano and directed by Dagmar Bedbur. 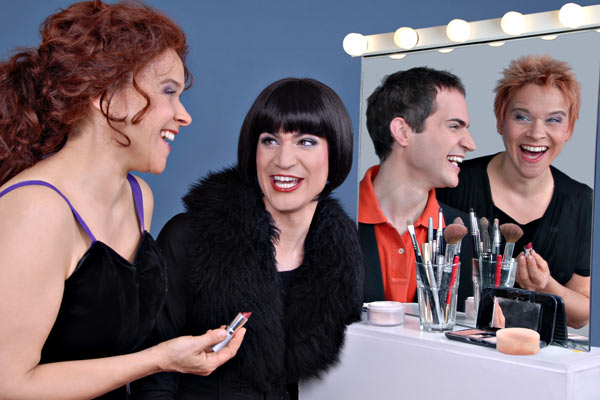 At the close of May 2006, Renee's first full-length show >>Soiree with Renee<< premiered in Berlin. This is where he plays the female model "Renee Fein", who wouldn't like anything more than to be a pop star. Christoph Wagner and Dietrich Bartsch alternated in stage piano accompaniment. This show played countless times in Berlin and in the Rhein/Main area. In 2012, after Renee's big success as 'Yma' at the Friedrichstadt-Palast (Europe's show-palace), a new version was created, with Alexander Klein at the piano as well as partly new featured songs and costumes. 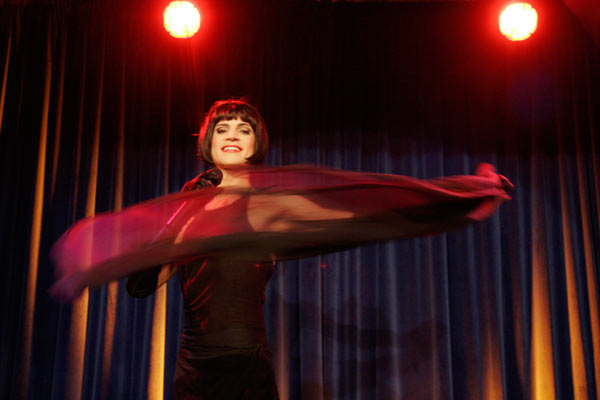 Andreas Renee Swoboda as the model "Renee Fein" in <<Soiree with Renee>>. 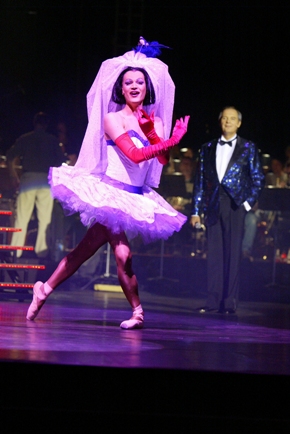 In the summer of 2004, Renne took on the role of "Chantal" for the second time in the musical "La Cage aux Folles", in a 10-month engagement at the Theater Lübeck, where he could also be seen singing and dancing in the musical "The Wizard of Oz" (precursor of the musical "Wicked").

Renee has resided in Berlin since the summer of 2002 and is taking additional training for his outstanding falsetto voice, which corresponds to a mezzo soprano female voice, with Prof. Renate Faltin of the Hochschule für Musik "Hanns Eisler". He is working on his authentic female character "Renee Fein" together with Prof. Renate Faltin. 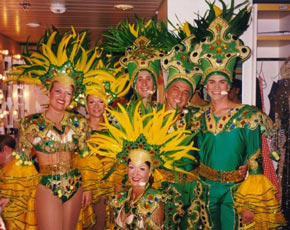 Renee was able to prove his vocal and acting versatility in 18 different show productions on the AIDA club ship, where he could be seen on stage daily as show ensemble soloist during the 2001/2002 Caribbean half-year. 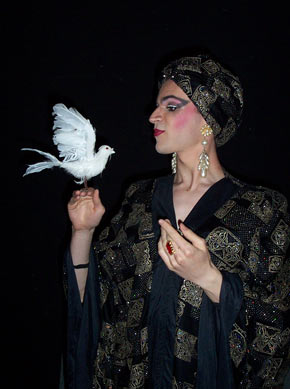 Renee played the role of "Chantal" in La Cage aux Folles for the first time during the 2001 summer season at the BKA-Luftschloss, Berlin-Mitte. The experience changed the course of his career, as during the engagement he was made aware of the astonishing quality of his high soprano voice by the audience and his colleagues.

from the Hamburg "Stage School".

In the summer of 2001, Renee successfully graduated in acting, singing and dance receiving his Musical Artist Diplom at the renowned Stage School of Music, Dance & Drama in Hamburg.

Parallel to his second year of education, Renee wrote and produced (at the time as Andreas Swoboda) in 1999, his first stage show, the 40-minute musical comedy Jacob & Svob - The Charming Twins, which played with rousing success in Berlin and the Rhein-Main Area. The show twins "Jacob & Svob", he played both characters in rapid change, were last seen in February 2006 as surprise guest(s) of the Midnight Show in the legendary Schmidt-Theater on the Hamburg Reeperbahn.

Renee IS BOTH: "Jacob" AND "Svob" in this photo montage from 1999, picture of his first solo show. 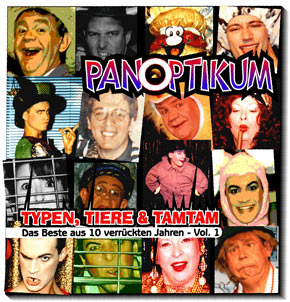 Renee alias Andreas Swoboda experienced his official start on stage in 1995: He was a full member of the Panoptikum comedy troupe at the Posthofkeller-Theater in Hattersheim am Main. He acted, sang and danced in five show productions in male and a few female roles. Do you recognize him on the cover? He's at the far left in the second row from the top, in the third row at the far right and at the far left in the bottom row.